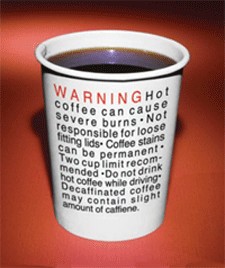 Back in 2009, a lesbian woman “married” to another woman had decided she wanted to have a child. This usually isn’t a problem if you go about the natural way to have one – find a husband, hopefully marry him, and then start a family; but since she wanted to start a family without a man in it, she opted for an artificial insemination instead. To get approved for this procedure, everyone has to go through a mandatory medical examination. So on 6 February of that year, she gets in touch with Liljeholmen care center, a medical facility with excellent customer reviews at Swedish care guide website Vårdguiden, and gets an appointment at the gynecologist’s office there.
The nurse who receives her there tells her to get an appointment with a specialist clinic instead, however, since they’re not familiar with the procedure for non-heterosexual couples at this care center. As reported by the woman in the lawsuit, she was told “it’s so complicated with lesbian couples,” referring to the provisions in question. The care center arranges a speedy referral to the special surgery for lesbian and bisexual women at Södersjukhuset, but as would become evident later – the woman is now more interested in quarreling than in actually getting her artificial insemination. The same day, she writes an e-mail to the chief physician at Liljeholmen care center asking why she didn’t get the care she had asked for during her appointment there.
Four days later, on 10 February, the woman is contacted by a doctor at the care center about being referred to Södersjukhuset. The doctor pleads with the woman to accept the referral because of the expertise they’ve got in this matter there, but she won’t budge. After a bit of arguing on her part, the doctor finally gives in and says they will meet her request.
A short time later, she’s given another appointment there, but this time she refuses to show up because of the offensive treatment she felt had received here. By now, apparently she had all forgotten about the artificial insemination, and instead turns to the Equality Ombudsman (Diskrimineringsombudsmannen, DO, in Swedish) to pursue a lawsuit. This is a government agency notorious for its frivolous lawsuits, and the website is available in no fewer than 27 languages other than Swedish. They’ve got brochures about the risks of enforcing gender roles in kindergarten, about the special considerations that have to be shown by the police when arresting homosexual suspects etc. Now the DO picked up her case as well.

A few words first about Swedish health care. As everyone is probably familiar with, the main body of Swedish health care is provided by the government, just about for free, with the the customer only paying a token fee. This system naturally has many downsides, long waiting lines being one. The other year when I suffered from an in-grown toe nail, my referral took me six months. Residents of Sweden have an absolute right to this health care, though the care given has to have what’s called a medical indication for this right to exist – cosmetic surgery and such isn’t covered. And while dental care was previously heavily subsidized and affordable by all, this isn’t the case today, with a large portion of the population not bothering to visit a dentist for years on end. It’s also pretty much a societal convention that you’re expected not to abuse this system – even though it’s almost free, you should respect that others might need health care too, and avoid becoming a burden on society. If you mismanage your health, don’t be surprised if you might be cussed out over this by your doctor.
Some people obviously don’t care about this convention though. On the story page about this initial lawsuit on the web page of Swedish medical magazine Dagens Medicin, there’s been a bit of discussion by medical staff on whether artificial insemination can really be considered a right, something that has a medical indication, when it’s really a matter of lifestyle preference. Had it been a transaction between a customer and a private business, it would have been a completely different ball game, but one person getting an artificial insemination might mean someone else losing out on their right to some other form of gynecological care. According to website Costhelper, an artifical insemination can require five to ten attempts because of the low success rate, and each attempt runs between $300 and $500, making it a highly costly operation. Given this, you’d expect a person receiving all of it for roughly $30, all in all, would show a bit of gratitude.

The Equality Ombudsman at this time was Katri Linna, who’s since been dismissed due to unsatisfactory performance, with Swedish management magazine Chef rating her the absolutely worst of all of 50 surveyed private and public sector managers. She’s said to be trash-talking employees, run her agency in a dictatorial manner, make unclear decisions that can be changed at a moment’s notice, cause conflicts at her workplace etc, getting a low score in almost all areas. She made herself quite infamous when she managed to get a Muslim man awarded damages because he lost out on a job from refusing to shake a woman’s hand. Now she was filing what would become one of her very last lawsuits.
The nurse who had been in contact with the lesbian woman at the care center and referred her to the clinic was now summoned to an interrogation (that’s the very word they use in the lawsuit) by the DO, and the paperwork concerning the case was also retrieved for inspection, material that was later included as evidence. On 17 May 2010, DO Katri Linna files the lawsuit with the Stockholm district court against the Stockholm county council, demanding 100,000 crowns (about $15,000) in damages for the alleged discrimination the woman had suffered, a very large sum by Swedish standards. For comparison, the victims of forced sterilizations during the mid 20th century were eventually able to apply for the sum of 175,000 crowns. Now she wanted two thirds of this sum for being told “it’s so complicated with lesbian couples” and being referred to a specialist clinic.

This Thursday, on 13 October, the verdict from Stockholm district court was in. As reported by Dagens Medicin, the court judged in the woman’s favor, siding with the DO. The damage claims were reduced, however. The court did find that even though the woman had suffered discrimination, this wasn’t intentional on the part of the care center, and she hadn’t been left with any serious complications since she was given a new appointment at the same care center. The final damages awarded were the sum of 15,000 crowns, though the county council had to pay the DO legal fees of 30,000 crowns plus interest as well. To quote an anonymous physician commenting on the news of the verdict:

“It’s no wonder that some care givers tremble when they’re dealing with a lesbian since they know that one little slip of the mouth can cost them a fortune. The vast majority of Swedes and just about everyone within the health care system really want to treat their clients in a perfect way, but in some situations it can be hard knowing how to go about it. Sometimes they want ‘the same treatment as anyone else,’ sometimes it’s taken for granted that you’re supposed to be treated in a special manner because you’re a lesbian.”

It’s not known whether the woman ever went through with an artificial insemination. Or whether she had really wanted one in the first place, perhaps only looking for a reason to sue.